Your adventure starts with us

The United Republic of Tanzania is one of the most peaceful countries in Africa. The country is located on the Indian Ocean in the east of the African continent and borders the countries of Burundi, Kenya, Congo, Malawi, Mozambique, Rwanda and Uganda. Tanzania declared its independence from the United Kingdom on December 9, 1961 and is now a member of the East African Community (EAC). The capital is Dodoma, with the seat of government in Dar es Salaam, the largest city in the country. The official language is Swahili.

Further information can be found on the governmental website of the United Kingdom. 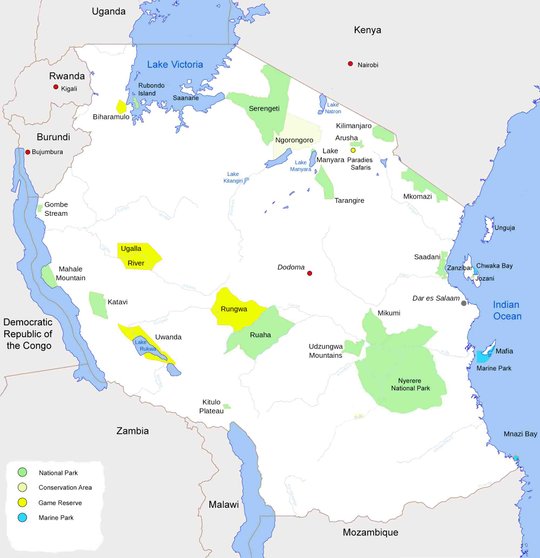